It's time for an end of year wrap up - which is measured how?

A Day's Work - submitted to its first fest today!

Lotsa laurels, for both new and old work: from Her Magnum Opus and In search of lost time to Through Mabel's Eyes; Wait a Minute and Dancing is an Old Friend - and even the oft-forgotten Skybridge, made with Hunter College students just before the pandemic descended. Sadly, it's a rarity for me to actually attend a festival anymore: so many are virtual / online. But I still receive the occasional in-person kudo: thanks to the online screening of Rockland in Motion which included Bronx Magic,  I was delighted to be complimented by the receptionist at my local Y - farm to table, or something like that.

In 2022, instead of attending festivals, I created my own Renzi-fests, in order to share work - old, new, and sometimes in-process. March was the first: Retro Renzi Fest at BAAD! in the Bronx, which was also a lovely reunion of dancers in my work with ties to the Bronx. In the summer Rivertown Films presented an evening of short dance films outdoors in the backyard of the Hopper House in Nyack; in September at the chiquita Compartimento Cinematografico in San Miguel de Allende, Mexico; in November at the University College Cork in Ireland. And in December at the Rockland Center for the Arts, an intimate audience on a very rainy night experienced both live performance - by Arthur Aviles, Doug Elkins and Cecil MacKinnon - and screenings of The Circus According to Cecil, Arthur & Aileen, Where the Dance Is. Audiences were also treated to a sneak peek of and the forthcoming documentary Cathy & Harry.

Perversely, I curated a never-to-be-repeated trio to live and work together at Firkin Crane in Cork, Ireland for two weeks - Anka (Bratislava) Selina (Berlin) and Tina (North Carolina).  Some people might have left the process open-ended - not I!  In the morning we were developing work in a studio; in the afternoon we were shooting it, in and out of doors. The last few days of the residency I stayed up late a few nights editing - and not just the new material we'd concocted.

Because back in 2019 Anka and I'd collaborated on a solo for her called Bytost / Being. I never got to see Bytost performed live, and the video documentation left a lot to be desired.  So my plan for Cork included making a video version of this 15-minute dance. At a moment's notice we scared up two wonderful locations - and got lucky  with the weather for our outdoor shoot. We also lucked out with Dan O'Connell who generously donated his talent and time as cinematographer to capture Anka's wonderful being. Of course you could say it's still open-ended: the edit is part of the ongoing process.

Another way to measure a year is in work left to do. Nothing makes me happier than to have footage to play with. For our end-of-residency showing, the Cork material was edited into shareable 3-5 minute studies, but it may actually be richer woven together into one doc-journal - with voiceover?!?! One of those studies was shot on my cellphone, so I'll shape it a bit and submit it to the Mobile Dance Film Festival.  Waiting in the queue is Kata, a solo for Selina on a dock in Rockland Lake, which is close to completion. And there's Cathy & Harry which we've almost finished shooting and which will be a major undertaking - probably an hour-long documentary like Guardians.  By the spring I hope to share news of a project with collaborator Jennifer Keller, who shot Plow Plant Reap, Where Love Leads and Tumult with me. No doubt I'll curate some more excuses to screen programs of my work with new communities. Trusting that, as Barry Monahan from University College Cork said,  I've opened "a magical door for us to peek through into your wonderful world of motion."

All in all, I'm looking forward to a rich and rewarding 2023. Rewarding on my own terms, as always. And now, a visual version of the year in review.

Posted by And Dancers Inc. at 8:00 AM No comments:

We were ridiculously productive in Cork and I promise to share thoughts and videos here soon. Meanwhile, the holiday season is looming, and your calendar is getting packed. So I'm putting the word out immediately, so that any of you visiting this blogspot are in the know. 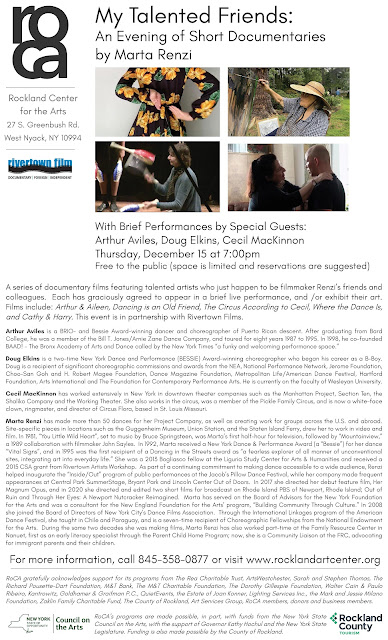 Posted by And Dancers Inc. at 2:49 PM No comments:

Archive of a Friendship


In the early years of this blog I'd post here an Archive of the Month: video taken at live shows, usually site-specific ones. That was before I considered myself a dance filmmaker, with plenty of edited content to post. Since those days, as you know, live events have become completely atypical for me - an exception being Manufacturing Work, described in the previous post, about which more soon.

Today's Archive is a short compilation of live events spanning almost 30 years and featuring Anka Sedlackova, created as an introduction to 1/3 of the lovely trio of women I've assembled for our residency at Firkin Crane in Cork, Ireland next month.

Anka and I first met completely by chance in 1994 when she was an ArtsLink Fellow visiting Lincoln Nebraska from her home in Bratislava, Slovakia. The moment I saw her I knew she would be perfect as "The Prodigal Daughter" in the community-based project I was creating with Marta Miller, to music by A. Leroy. She and I have worked together off and on since then, re-uniting several times for tours in the US and Slovakia - including MassMoCA in North Adams, Mass, and St Marks Danspace Project in NYC,  as you can see from the video footage above.

The compilation ends with Bytost / Being, a solo for Anka which we began together in the summer of 2019 when she visited Nyack between workshops in Body Mind Centering, which she attends or leads as an expert in her work as a certified IDME (Infant Developmental Movement Educator). Bytost has since been performed in several venues in Europe; one of my goals at Firkin Crane is to create a dance film version of it.

While in Ireland, of course I also have plans to screen an evening of my dance films, partly as a way to scare up a cinematographer for the video version of Bytost, as well as this new trio we'll be concocting.

What do I know about it at the moment?

which is the kind of scary/fun I'm used to. However, I do know that with Anka, Tina Vasquez and Selina Shida Hack on board, there is bound to be something wonderful going on. NB: Before departing, I hope to share here some footage of those (relatively) young 'uns as well - both have collaborated with me frequently enough to compile a mini-Renzi reel!

By the way, you may have noticed that I rarely ask for donations in here anymore. But as it is getting to be that time of year, I remind you that the yellow DONATE button at the upper right still works.  In return I'd be happy to share new work with you - maybe you'd like a private screening of Bronx Magic which screens in two more festivals next month. Or a sneak peek at A Day's Work, which is the new title for that once-live-now-filmed trio, which I hope to start submitting just before my flight to Cork. 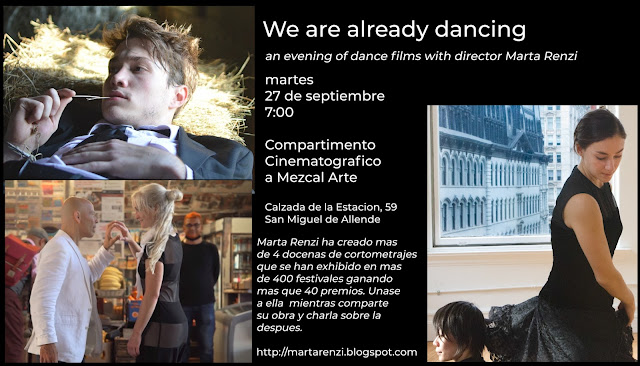 Posted by And Dancers Inc. at 5:53 PM No comments: 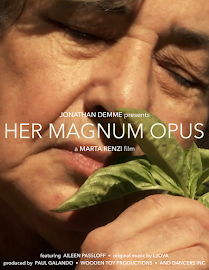 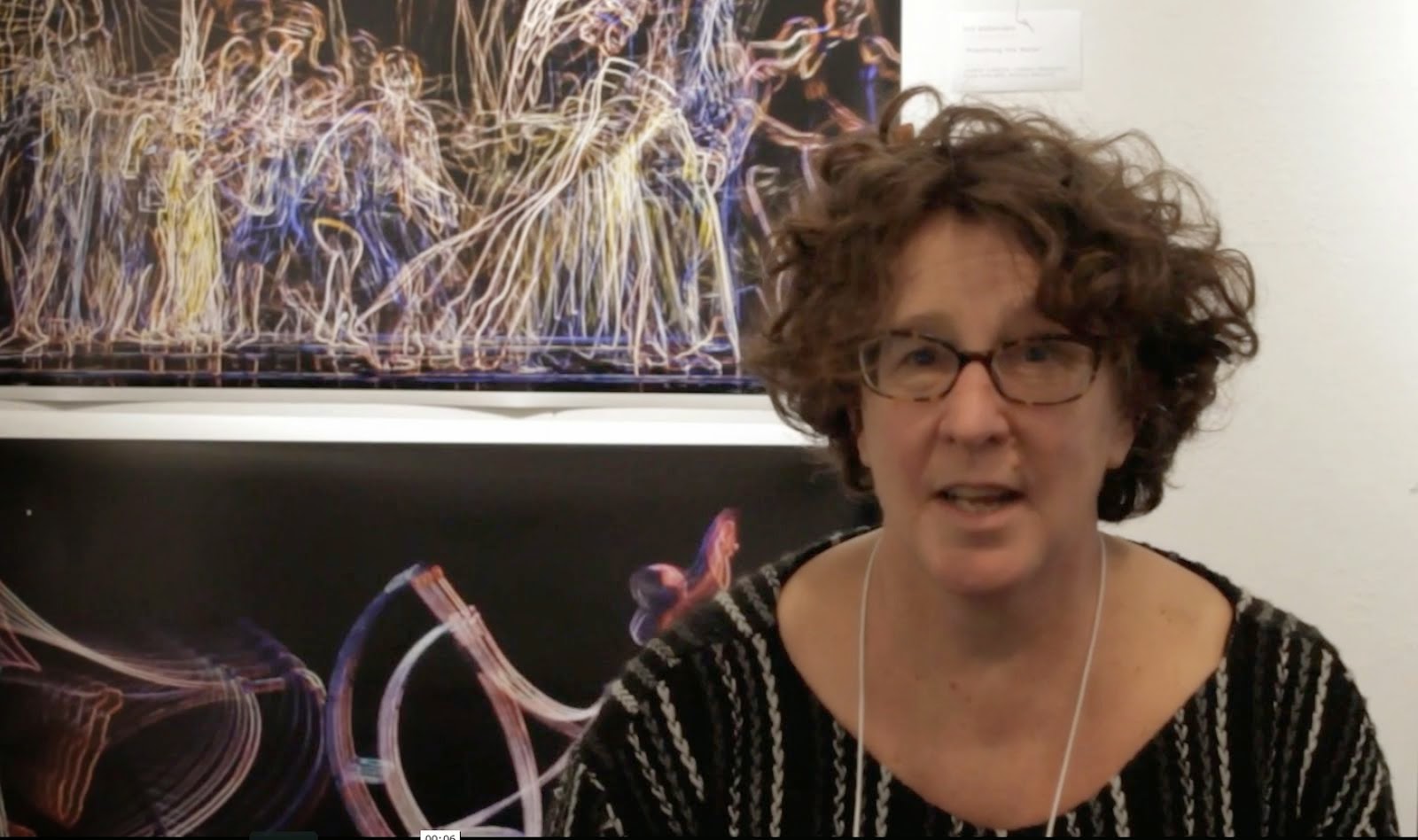 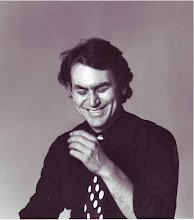 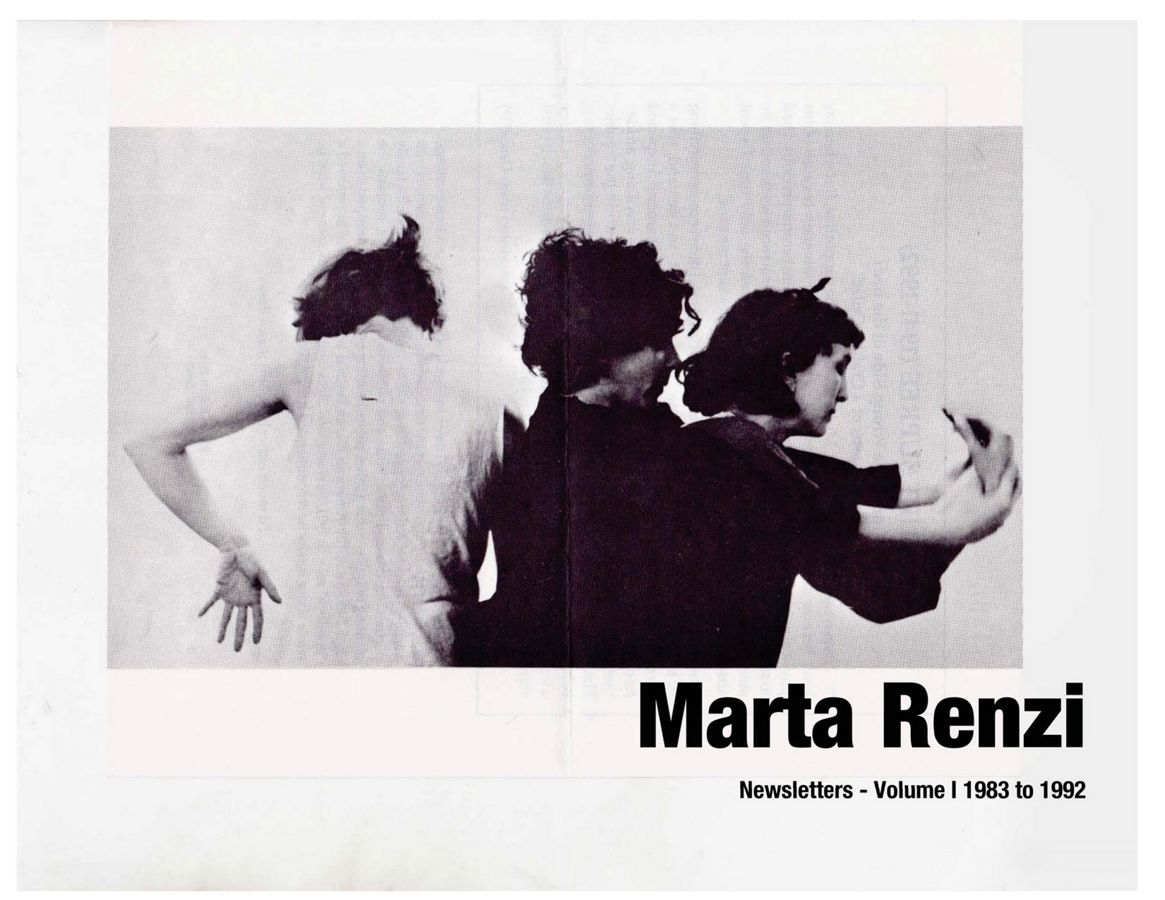